With more and more of us relying on tablets, smart TV’s and phones as our access point for films it is surprising the big screen is still breaking records and producing bigger and more expensive films year on year with 2018 being no different and blowing some previous box office takings out of the water. 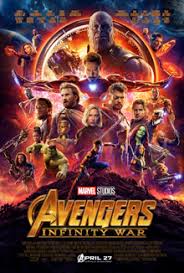 Avengers Infinity War part one came with a hefty price tag, but it actually isn’t the most expensive movie ever made.

The blockbuster stormed the box office, more than covering its cost. It opened to $257.6 million in April, breaking the record previously set by Star Wars: The Force Awakens ($247.9 million).

To give you some context, it made in its opening weekend more than Justice League’s whole domestic run.

Infinity War became the fourth movie ever to cross the $2 billion mark. 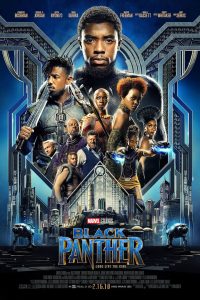 Black Panther was big news in more than one way, it was the first superhero movie with a predominantly black cast, as well as having a black director in Ryan Coogler. It was held up as a great step in the movie world when it comes to diversity and cultural representation, which paid off for Disney/Marvel as the movie raked in $202 million on its opening weekend making it the sixth biggest in Hollywood history.

It didn’t stop there either, Black Panther took in $700 million domestically, the third biggest US gross taking, behind Avatar at $760 million and Star Wars: The Force Awakens, $936 milion. In America it also earned more than Avengers Infinity War – $20 million more to be exact.

Abroad Black Panther didn’t quite reach such dizzying heights, taking in $647 million outside the US, but it still surged past it’s other Marvel friends, such as Thor: Ragnarok, Spider-Man: Homecoming and Guardians of the Galaxy. 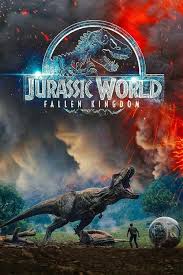 his is a bit of a weird one, critics weren’t very keen on Jurassic World and from most audiences’ reactions neither were they. Does it deserve its spot? Well, it’s not for us to judge when it comes to the highest-grossing list, we’ll save that for our best movies ranked.

Universal must be pleased with its takings anyway, and it should pat itself on the back for ranking among the top three studios without releasing a single superhero franchise. 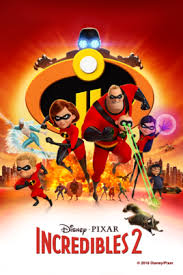 Disney makes another appearance in the top ten with Incredibles 2. The highly anticipated follow up to the 2004 family friendly superhero animation was always going to do well, but the sequel set a record for the biggest animated opening ever taking in $182.6 million.

While most movies do about 35 per cent of their takings in the US, and 65 abroad, Incredibles decided to prove that all wrong. It did amazingly abroad giving it a 50/50 rough split. All of that definitely helped it topple over that $1 billion mark.

A bit of a perplexing entry again with Venom coming in at number five. Venom was panned by a lot of critics and looked set to bomb, so it’s surprising to see it so far up, but then again it does have Tom Hardy.

Venom has managed to fight it’s way past other 2018 successes, setting an all-time October opening record, as it made $80 million in its first weekend. China also took it under its wing, where it earned $260.5 million boosting it to $633 million out of the US.

Of course Ethan Hunt made the list. Any return by the agent that has kept the action franchise running for so long is bound to make an entry on the highest-grossing movies of the year.

The movie also set a franchise record at the box office before it even made it to the big screen. The movie’s opening takings came in just more than $61 million, then it went on to take more than $220 million in the US. It was a grower.

Deadpool’s return to the big screen wasn’t quite as a money maker as the first movie (which made $738 million), but it still smashed it. When you consider it was a R-rated movie, cutting down who could actually see it at the cinema, Deadpool 2 didn’t do too badly.

Deadpool 2’s takings – $318.5 million – make it the fifth highest grossing movie of the year in America. There’s also no sign of Disney taking away that R-Rating, with CEO Bog Iger promising it’s here to stay when Disney take over Fox

This slow starter was on the face of it a ‘flop’ by MCU. Fans weren’t kind at first, but it just took a little time to build up.

It’s also a bit unfair comparing it to the other MCU movies, when you look at it compared to the other releases it’s actually done rather well.

Paul Rudd and Evangeline Lilly’s movie did particularly well in China where it took $121 million, it also took in $40 million more in the USA than the first movie.

The post-credits scene probably helped – it looked ahead to Avengers: Endgame…

It took ten years to get Bohemian Rhapsody to the big screen, with plenty of drama behind-the-scenes. It also opened to mixed reviews, with critics slating the timeline and how it dealt with Mercury’s sexuality, though Rami Malek’s performance was praised.

The Queen biopic has gone on to break records, becoming the highest-grossing musical biopic of all time, not just in the US, but worldwide.

We nearly ended up with a very different movie, with Sacha Baron Cohen starring as the band’s frontmate, but he left the project over artistic differences. What might of been ey?

Steven Spielberg returned with Ready Player one, the adaptation of the book of the same name. Coming off the back of BFG (2016), which ended up being his worst commercial movie ever and The Post, which also struggled, this was a good strong movie at the box office.

The Easter egg packed movie may have been met with mixed reviews, but fans took it under their wing thanks to its geeky references and a strong performance from Olivia Cooke.

Warner Bros probably expected a bit more from it, but Ready Player One took in $137 million domestically, which isn’t to be sniffed at.

China set an all-time biggest global one-month record in February with CN¥10.14 billion ($1.6 billion), calculating revenues from both local and foreign films. The record-breaking number was largely attributed to the Lunar New Year holiday. The previous global monthly box office record was set in July 2011 in North America with $1.395 billion and the previous highest-grossing month in China was August 2017 with CN¥7.38 billion ($1.17 billion). The highest-grossing films in China during the month were the domestic films Operation Red Sea, Monster Hunt 2, and Detective Chinatown 2, and the Indian film Secret Superstar.

For the first time in history, February recorded $1 billion ticket sales in North America, fuelled largely by the success of Disney/Marvel’s Black Panther which represented 43% or $428.8 million of the entire month’s ticket sales. The previous February record was in 2012 with $818.4 million.

Tomorrow see’s our last summer wedding fair at Denbies Wineries in Dorking, Surrey – a venue we are proud to be preferred supplier for and we have spent the day sorting the booths and marketing materials to ensure every bride gets to see the very best of the equipment we are bringing along.

We are showing 2 of our magic mirror photo booths, a full size green screen photo booth and a selection of lights.  Our magic mirror photo booths off the most interactive experience and are ideal for weddings with everyone able to view all the antics and join in giving opportunities to photo bomb, build human pyramids and capture some crazy group shots.  When hiring a magic mirror you also give your guests the best opportunity to use the photo booth as an alternative to an event photographer with the mirror booth giving everyone the chance to capture full length pictures of their outfits.  We have a selection of mirrors to suit every venue and can either show the benefits at the show or talk you through over the phone.

Our full size green screen photo booths offer a completely different photo booth experience and just as fun.  our photo booths give you the ability to add any image as a background digitally allowing anything that is special to you to be added to your images. The photo booths are also ideal if your guests are more likely to relax into the event if given a little privacy.

Wedding fairs also give us a great time to catch up with other wedding suppliers both for networking and just a chat about the season.

Having loaded the van we are looking forward to showing off all our magic mirrors and photo booths available for hire in and around Surrey and can’t wait to be providing a photo booth for your wedding or that of a friend or family member.

July is always one of our busiest months and sitting down now after a very busy weekend it is feels good to reflect on an incredibly busy weekend of photo booth hire, magic mirror hire for proms and wedding lighting hire.

Friday saw 2 proms in the same day as well as a year six leavers party.  We started the day with a group of 35 year six leavers hiring a magic mirror to take hundreds of photos for their memory books capturing images of all their friends together as one school year for the last time. it is always a pleasure to work with our younger customers all of whom had a fabulous time.

Later Friday we had two high school proms, the first at our local, Horton Golf Club for the year 11 Rosebery leavers and the second at the Sussex National Golf Club for the Hailsham Community College.  It is always a stunning spectacle to see so many young adults dressed in there suits and prom dresses for the end of year party.  This is one american-ism that we truly approve of.

Saturday we had a magic mirror on hire to a Surrey school for its summer fair, a set of our beautiful 4 ft LED “MR&MRS” lights on hire to one of our favourite venues Denbies and rounding the day off at a fairytale wedding at Frensham Heights with more 4ft LED’s this time “LOVE” along with a green screen photo booth hired to capture the alternative wedding photos. 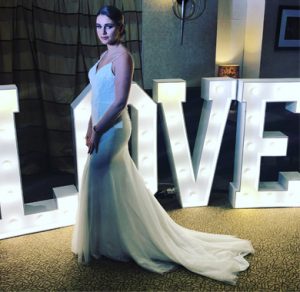 Many memories captured at such varied events.

Make sure you contact us when you are next planning a party, wedding or prom. 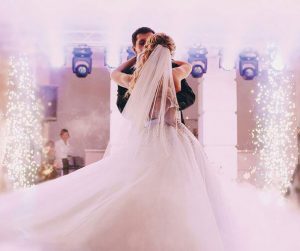 We are now supplying full wedding solutions including DJ’s Dance Floors, Lights and Photo Booths across Surrey and Hampshire

As we approach December there is always a fair amount of trepidation with the knowledge of a huge amount of work ahead however this is always compensated by the knowledge that we will be joining in on a huge number of Christmas parties all of which are great fun to attend.  Already our regular customers are choosing their photo booths and booking DJ’s and other entertainment.